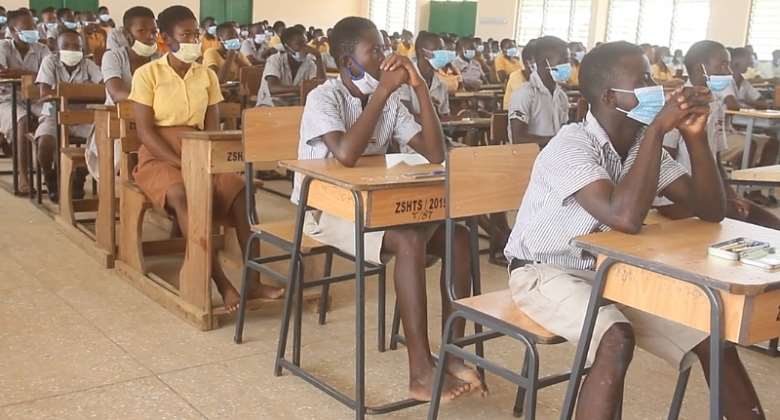 Some candidates of the Basic Education Certificate Examination (BECE) in Zebilla in the Bawku West District of the Upper East Region were forced to write their exams barefoot.

Except for candidates who wore sandals to the Zebilla Senior High Technical School Centre ‘B’, all others were made to remove their shoes before they were allowed entry to write their social studies paper.

The invigilators justified the decision, indicating it would make their supervision and invigilation easy.

The District Director of Education, Timothy Nasaal clarified that the decision was primarily to prevent the candidates from using their sandals to smuggle foreign materials, popularly known as ‘apor’ into the examination hall.

The Director, however, said some candidates were caught smuggling foreign materials into the exams hall hence the decision to let candidates wearing long boots with closed socks remove them.

Addressing the candidates at Zebilla, the Bawku District Chief Executive, Issaka Tahiru Ahmed has advised them to put up their best.

He was quick to warn them against cheating in the examination.

The DCE encouraged them to pass their exam and enjoy government’s free SHS programme.

Out of the total of 1,845 candidates sitting for this year’s examination in the Bawku West district, 956 were females and 889 males.

At Tempane in the Tempane District, a total of 1,344 candidates were expected to sit for the exams. The figure is made up of 661 males and 697 females.