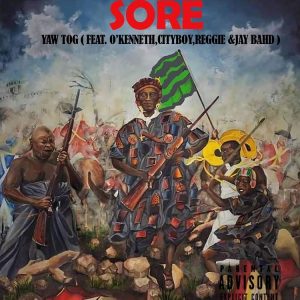 Yaw Tog – SORE ft O`kenneth,City Boy, Reggie & Jay bahd. Kumerica is coming all out with their newly established ‘Asaka’ genre. Ever since they popped up on the radar , Kumerica has been giving us treats we never asked for.