The UK government has suspended flights from six southern African countries amid fears over a new COVID ‘super variant’ experts have called the “worst we’ve seen so far”.

Flights from South Africa, Namibia, Lesotho, Botswana, Eswatini and Zimbabwe will be suspended from midday on Friday and all six countries will be added to the red list, Health Secretary Sajid Javid said.

He said the new variant – called B.1.1.529 – identified in South Africa “may be more transmissible” than the Delta strain and added “the vaccines that we currently have may be less effective”.

“Our scientists are deeply concerned about this variant. I’m concerned, of course, that’s one of the reasons we have taken this action today,” he said.

“And that would suggest that it may well be more transmissible and the current vaccines that we have may well be less effective.”

Asked what the situation would mean for the UK over the coming weeks, with Christmas approaching, Javid said: “We’ve got plans in place, as people know, for the spread of this infection here in the UK and we have contingency plans – the so-called Plan B.

UK scientists sounded the alarm on Thursday night over the variant, which they say has the potential to evade immunity built up by vaccination or prior infection.

While no cases have been found in Britain, officials raised concern over a rapid rise in cases in South Africa.

Experts from the UK Health Security Agency (UKHSA) have been advising ministers on the issue. The variant has not yet been given the title “variant of concern” in the UK, but one senior UKHSA expert said: “This is the worst variant we have seen so far.” https://s.yimg.com/rx/vrm/builds/36185336/xdomain-vpaid.html?id=0 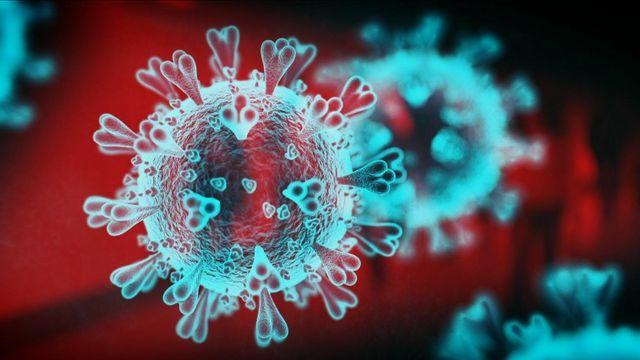 Scroll back up to restore default view.

One senior scientist said: “One of our major worries is this virus spike protein is so dramatically different to the virus spike that was in the original Wuhan strain, and therefore in our vaccines, that it has a great cause of concern.”

The variant has been identified in South Africa, Hong Kong and Botswana.

It has a “very unusual constellation” of mutations – upwards of 30, double that of the delta variant – which are concerning because they could help it evade the body’s immune response and make it more transmissible, South African scientists have said.

Dr Tom Peacock, a virologist at Imperial College London, said the variant could be “of real concern” because of its “horrific spike profile”.

South African authorities have warned it had already spread through Johannesburg and could have made it to all corners of the country.

South Africa has confirmed around 100 cases of the variant but it has also been found in Botswana (where it was first detected) and Hong Kong.

Read more: Coronavirus pandemic ‘could have been a lot worse’, says ex-vaccine chief

The World Health Organization said in a statement it was monitoring the development of the variant.

They said: “So far under 100 sequences have been reported. Early analysis shows that this variant has a large number of mutations that require and will undergo further study.”

The WHO said they would convening a meeting on Friday “to better understand the timeline for studies that are underway and to determine if this variant should be designated as a variant of interest or variant of concern.”

The potential spread of a new risky variant will draw parallels to the spread of the Delta variant that originated in India earlier this year.

At the time Boris Johnson was harshly criticised for not putting India on the red list soon enough despite urgent warnings from experts.

Downing Street said a coronavirus variant would be kept under “close investigation”.

A Number 10 spokesman said: “We continue to monitor new variants as they emerge with our partners around the world.

“We have one of the largest genomic sequencing programmes here in the UK that allows us to spot and track variants as they emerge and, as we have done throughout the pandemic, we will continue to keep an eye and keep this particular variant under investigation.”

The UK effectively ended the traffic light system for travel when it took all countries off the red list at the end of October.

South Africa was the first country to detect the Beta variant last year, which is only one of four the WHO’s ‘variants of concern.’