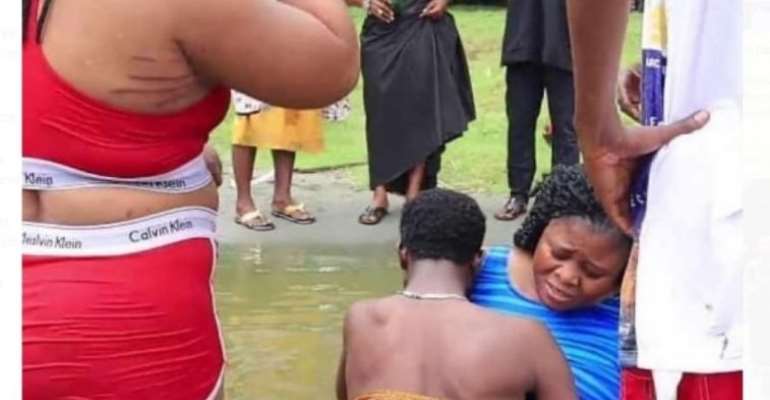 A daring couple has eventually attracted the gods’ wrath in a very disturbing manner.

A recent video alleged to be coming from the Lake Bosomtwi in the Ashanti Region has caused a stir across the nation.

In the video, a young couple is seen covered with clothes and wailing as bystanders are trying to keep them covered.

It appears the two were making love in the Lake and this woke the gods from their peaceful place of observation and have duly meted out punishment to the couple.

The two have their genitals stuck in penetration mode and the man seen wailing and pleading with the gods to forgive and set him free.