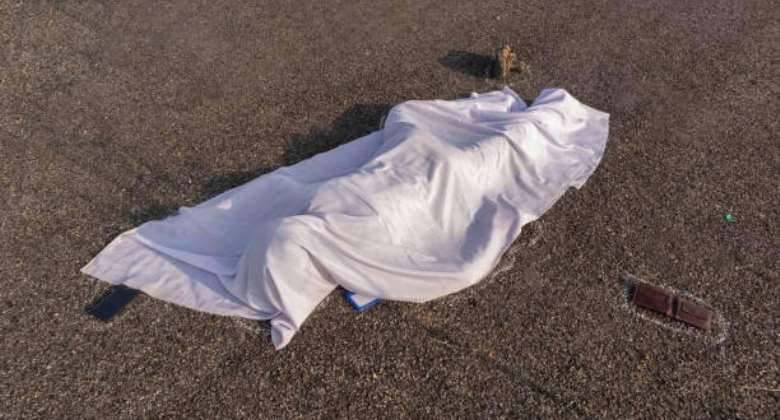 A Sprinter bus travelling from Kumasi to Sefwi Bekwai has knocked down a woman to death at Dominibo No. 2 in the Western Region.

The passengers were standing by the road waiting for a vehicle they were travelling on, which had broken down, to be repaired.

The Stanbic Bank-branded bus with registration number AS 636-20 travelling from Kumasi to Enchi, developed a mechanical fault at Dominibo No. 2.

Thus, the passengers had to disembark the vehicle to wait for it to be fixed.

The victim, who was among the group of waiting passengers rammed by the Sprinter bus with registration number AW 421-14, died instantly.

The Sprinter bus was travelling from Kumasi to Sefwi Bekwai.

Narrating the incident, a passenger, Maa Akua, who was on the Sprinter bus, noted that the driver was trying to avoid running into a vehicle in front of him and, so, veered off the road to enter the bush and ended up ramming the by-standing passengers of the faulty bus.

“Our bus was driving behind a private car, so, when we got to a point, the private car slowed down, while we were also attempting to slow down, our driver run into the vehicle in front of us but in a bid to avoid a crash, he tried driving into the bush but then we noticed three persons standing there”.

“They attempted to run, two came back and then our car run into one of them, killing the woman instantly,” she said.

She added: “We [occupants of the Sprinter] rather thought we were going to be involved in an accident and were trying to avoid that because the driver shouted that he was going to die. We didn’t know there were people standing there that’s when he realised that he had run the woman over.”