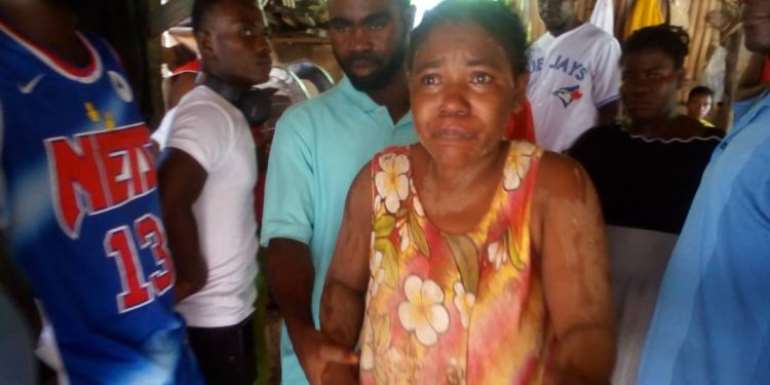 Three persons have been arrested in the suspected kidnapping conspiracy of a pregnant woman in Takoradi, the Ghana Police Service has announced.

Mrs. Josephine Panyin Mensah was reported missing by her family last week and said to be nine months pregnant at the time.

After days of searching, she finally reappeared on Tuesday, September 21, 2021, but with no signs of pregnancy.

Whiles reports claim she gave birth the very day she was kidnapped, she is unable to account for the whereabout of the baby.

From the preliminary investigations of the Ghana Police Service, it says medical experts have confirmed Mrs. Josephine Panyin Mensah was never pregnant.

“The police is heavily relying on medical experts who have examined her. Their findings are that Josephine Panyin Mensah was never pregnant within the period under review following thorough medical examination by medical doctors at the Axim Government Hospital,” part of a press release from the Ghana Police Service signed by Assistant Commissioner of Police Kwesi Ofori has said.

The Ghana Police Service further confirm that it is treating the alleged kidnapping as a conspiracy case and through investigations, it has apprehended three persons.

“Investigations also suggest may have conspired with other persons over her possible planned disappearance.

“Three people have so far been arrested for further questioning on possible conspiracy charges,” the Police statement adds.

Find more details on the latest update of the case in the Police statement below: