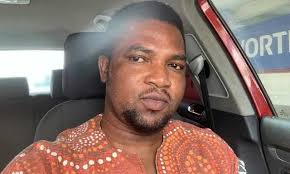 The music producer in a post on Facebook stated that the Kumerica movement had no future and it died on its arrival.

His statement has been heavily criticized by fanatics of the new trend.

Kumawood actor, Bernard Aduse-Poku aka Koo Musuo even asked him to shut up if he doesn’t have anything positive to say.

After ZionFelix shared a video of Oteng standing by his earlier utterances on Instagram, Reggie Rockstone reacted by defending the Kumerica movement.

He believed new talents will emerge through this trend—and he doesn’t see anything wrong because it is very evident it is all humour.

The Grandpapa of Hiplife pointed out how this can reduce some social vices as the Kumerica movement will keep the youth busy.

He advised the critics of the movement to leave those interested in it alone. Reggie also called for support for the creativity being exhibited by these young folks. 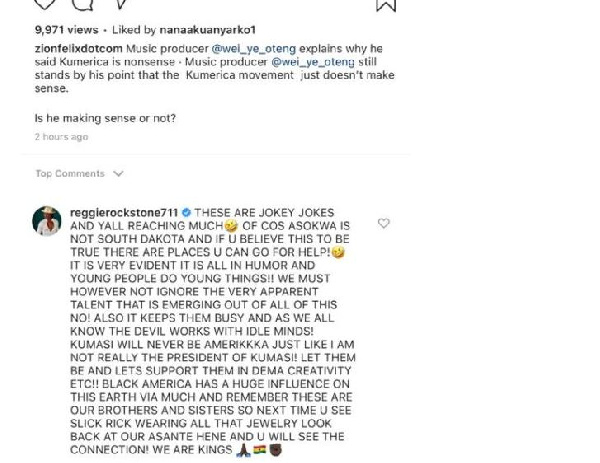