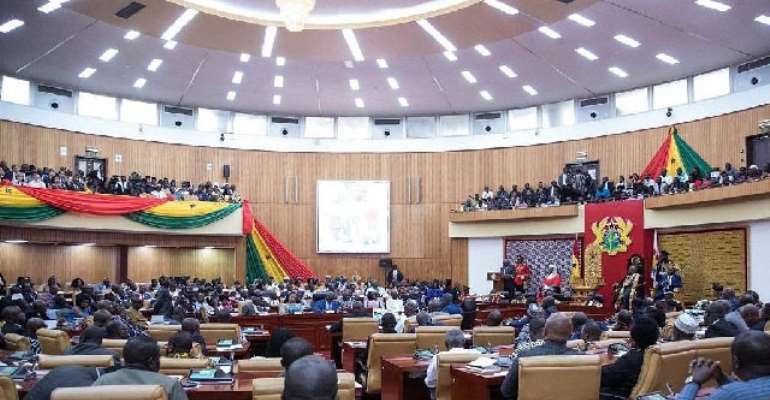 Ghana’s Parliament will this week begin considering memoranda it has received from the public on the anti-Lesbian, Gay, Bisexual, Transgender, Queer and Intersex (LGBTQI) Bill.

The Bill, also known as Proper Human Sexuality and Ghanaian Family Values Bill, is now before the Parliament’s Committee on Constitutional, Legal and Parliamentary Affairs.

So far, the Committee has received over 150 memoranda from the individuals, groups and faith-based organizations and has programmed to hear ten petitions each week.

Deputy Majority Leader, Alexander Afenyo-Markin, made the announcement when he presented the Business Statement for the third week ending, Friday, November 12, 2021, to the House.

Mr Afenyo-Markin also explained that per calculations the Committee would be hearing ten memoranda in a week, meaning it would take 15 weeks to complete the exercise.

He said after the Committee had finished the hearing, it would prepare a report and present it to the House.

“It is important that all those who brought the memoranda are heard by the Committee,” he added.

The Bill, since its introduction last July by eight Members of Parliament (MPs) from both sides, has generated numerous comments and reactions from both proponents and opponents, including legal luminaries and academics.

However, both sides of the House have indicated their readiness to outlaw the Lesbian, Gay, Bisexual, Transgender, Queer and Intersex (LGBTQI ) practices in the country based on its culture, morality and values.

The Speaker of the House, Alban Bagbin, while sticking to the position of outlawing the practice, has, however, indicated that the House would not engage in filibustering the proposed piece of legislation.

He further indicated that the House would conduct an open hearing into the Bill and a vote on the Bill would be done publicly.