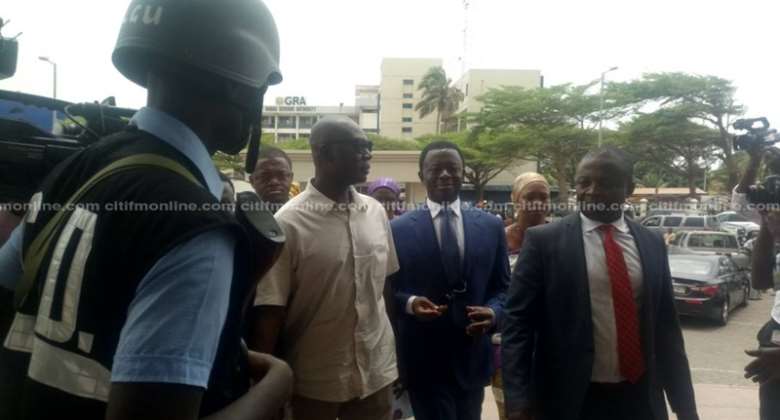 Dr. Opuni is standing trial with Seidu Agongo, Chief Executive of Agricult Ghana Limited, and the Company itself, in a cocoa fertilizer transaction.

Lawyers for Dr. Opuni in Court on Thursday however drew the court’s attention to a writ filed on November 24, 2021, invoking the Supreme Court’s original jurisdiction over some of the reliefs being sought by the prosecution, which presumed the guilt of the accused persons even before the trial ends.

Pursuant to this, the lawyers prayed the court to stay proceedings until the Supreme Court rules on the writ.

Justice Honyenuga, however, ruled that unless there’s an order restraining him from proceeding with the trial, the application would not succeed.

Dr. Stephen Kwabena Opuni thus opened his defence with a former Director of Finance at COCOBOD, Charles Tetteh Dodoo as his first witness.

Dr. Opuni and Mr. Agongo are facing 27 charges including defrauding by false pretences, wilfully causing financial loss to the state, money laundering, corruption by public officers, and contravention of the Public Procurement Act.