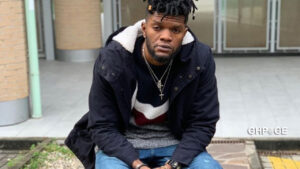 Ogidi Brown Reveals How Fake Pastors Chopped His 30,000 Euros With Promises To Make Him Walk Again. Former manager of Fameye and CEO of OGB Records, Ogidi Brown has disclosed how pastors took money from him under the guise of helping him walk but they ended up duping him.

Ogidi Brown who has been using a wheelchair and some special cars designed for him in Germany ever since his accident in 2015 revealed it hasn’t been easy for him with his disability.

According to Ogidi Brown in a video on his social media page, he has wasted over £30,000 Euros in his quest to get healed of his disability. He explained that a lot of fake prophets and spiritualists deceived him into believing that they could help him walk again.

Even though he went all fiery to talk about how badly he has been treated and lied to by these so-called prophets, he took a firm position not to mention their names but only stated that he wanted his followers to be careful when they deal with such people.

His revelation comes at the back of Hon. Kennedy Agyapong’s recent series on fake men of God in Ghana, which has seen the controversial legislator speak extensively on Bishop Obinim, Prophet Badu Kobi, Prophet Nigel Gaisie and other prophets in Ghana. Ogidi Brown Reveals How Fake Pastors Chopped His 30,000 Euros With Promises To Make Him Walk Again.

Download all the latest hip hop songs and albums