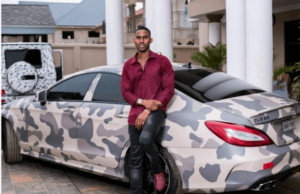 Leaked Screenshots Reveals How Ibraah One Is Selling His Fellows Out To The FBI For Protection. Following earlier events, Ghanaian big boy Ibraah One seems to be the hottest person on planet earth with his own end looming after messing with the undisputed Kennedy Agyapong.

If we may recall, Kennedy Agyapong announced that Ghanaian millionaire Ibraah one is next on his expose list and since then there’s been an unrest. Ibraah one have tried all he could to stop Kennedy Agyapong to desist from such action of exposing him big time and when the Member of parliament refused to mind him he went on to usher threats.

Ibraah One went far to threaten to kill Kennedy Agyapong and even threatened to kill His Excellency Nana Akuffo Addo the President of Ghana. As of now the matter is out of hands. Threatening the president is a treason of the highest order and renders one an enemy of the state.

To save himself, ibraah one have opened negotiations with the FBI to align to them and give them useful information on the crop of Ghanaian gang of fraud boys in return for his own protection including American visa and citizenship. He will snitch on all his fellows for his own good?

We do not know how far the development have reached but he who starts war must live to finish it. Ibraah one should fight his fight and leave others alone. They choose to mind their business he didn’t. Check the Screenshots below ; Leaked Screenshots Reveals How Ibraah One Is Selling His Fellows Out To The FBI For Protection.

The keys all dey here .
Ibrah one don 😂😂😂😂🤣.
Nl be small hotness pic.twitter.com/9QOPmiH76P

Ansu Fati and Messi on the scoresheet in Barca win