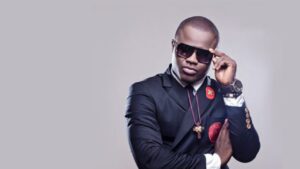 I paved the way for Joe Mettle, MOG and other urban gospel artistes – Cwesi Oteng
Ghanaian musician and Pastor, Cwesi Oteng has talked about one of his biggest achievements on the music scene.

Speaking in an interview with ZionFelix on the ‘Uncut’ Show, the ‘Kabiyesi’ singer stated that he paved the way for Joe Mettle, MOG and other Urban Gospel Musicians.

Hermon Cyrus Kwesi Nhyira Oteng as he is privately known believes his efforts opened the window for these talents who are doing exceptionally well following their emergence.

The youth pastor and speaker emphasized that he has been a great force to be reckoned with in the Ghanaian music scene.

Pastor Oteng stated that he has been able to inspire a whole generation through his craft.

He recounted that he was the only new age Gospel musician at the time that he released ‘God Dey Bless Me’.

The energetic Gospel musician disagreed with people who thought his music career took a nosedive.

He pointed out that he cannot always be the focal point all the time due to the emergence of Joe Mettle, MOG and other talented Urban Gospel musicians.

Cwesi Oteng was shocked about how the majority of Ghanaians conclude that one is not vibrant when new talents are discovered. I paved the way for Joe Mettle, MOG and other urban gospel artistes – Cwesi Oteng.

Other Posts : D-Black Finally Speaks About His Leaked “S#xTape”