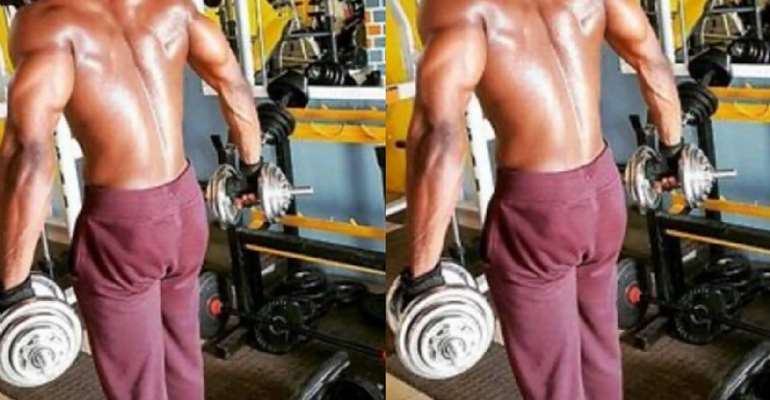 A popular Gym Instructor in Prestea in the Western Region has been hauled before the Heman Traditional Council for deliberately recording sexual escapades between himself and some women in the area.

The Council after interrogating the Gym Instructor (name withheld for now) realizes he deliberately recorded the unsuspecting ladies for blackmail purposes.

It has been alleged that the said Gym Instructor keeps the videos and uses them to solicit sex from his victims.

Girls as young as 14years JHS students including married women were secretly filmed by the gym instructor during sexual intercourse with their faces captured in the video.

One of the victims, a student of a popular Senior High School in Prestea gathered some courage and reported him to the Traditional Council when he tried to threaten her again for sex.

This was after the Gym Instructor allegedly posted the video of the lady on social media which went viral after refusing him sex.

The Gyasipanyin of the Traditional Council Nana Ankomah told newsmen that he again had a video call with a woman who claim to be the girlfriend of the Gym Instructor.

He said, according to the lady, her predator secretly filmed her while she was bathing.

He added that the lady who was bold enough to report his criminal acts to the Traditional Council told them the man had sexual intercourse with her when she was 15-years-old. “This means she was naïve at the time the act went on,” the Gyasipanyin posited.

He stressed, “looking at what went on, the man clandestinely records his sexual acts with you and when you are later rising in life or become more beautiful, then he’ll come asking to have another intercourse with you. When you refuse then he will show the video and threaten to leak it online.”

The chief said some of the victims who are still immature or feared the consequences gave in to his demands several times.

Gyasipanyin however noted that the council noting the criminal acts of the said Gym Instructor advised the ladies to report the matter to the police for him to be dealt with in accordance with the law.

He added that the Traditional Council will also take turns to deal with him for bringing shame to their land.

“He is a known footballer in the area and everyone knows he is in very good psychological state, hence no one should attempt to say he is not mentally sound.

“The lady who reported the matter to the Traditional Council said she nearly committed suicide because people were pointing fingers at her wherever she went after the man released her video.

“The young man did those criminal acts with a purpose and must be dealt with accordingly,” Nana Ankomah emphasised.

The situation has affected the marriage of victims whose husbands have divorced them whiles others are also contemplating suicide, ModernGhana has learnt.