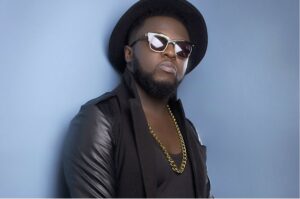 GHAMRO Must Be Investigated – Guru. Rapper Guru is calling for an investigation into the works of the Ghana Music Rights Organisation (GHAMRO) over what he terms as a rip-off on the part of the royalties collection agency.

GHAMRO has come under numerous attacks over what some musicians consider as a failure on their part to address the list of concerns affecting musicians in the country.

Speaking in an interview on Rainbow Entertainment, Guru lamented about how his colleagues are being cheated by the music rights body.

He said, “When was the last time I was given royalties? I don’t remember. These are the things we need to address. We need to do proper checks. Do you know we have a system that helps to track the number of times songs are played, but GHAMRO has abandoned this system because it will expose their corrupt activities? This is what must be investigated.”

GHAMRO, which is responsible for collecting royalties for all rights owners in Ghana, has been accused of not living up to their task.

According to some musicians, the monies they receive from GHAMRO is nothing to write home about.

Veteran Ghanaian musician Akosua Agyapong is the lastest to come against the organization. She has accused its Chairman, Rex Omar, as being the “worst GHAMRO Chairman ever.”

She is quoted as saying “When Carlos was in charge, you (Rex Omar) were on social media platforms criticizing, and so, we thought given the chance, you will do better. Rather the situation is gone from bad to worse…As for Rex, I will say it again and again that among all of them, Rex is the worst GHAMRO chairman ever.”

Musicians like Stonebwoy, Kwaw Kese, and others including music producers have expressed dissatisfaction with the works of the Ghana Music Rights Organisation when it comes to supporting musicians with an effective royalties collection systems. GHAMRO Must Be Investigated – Guru.