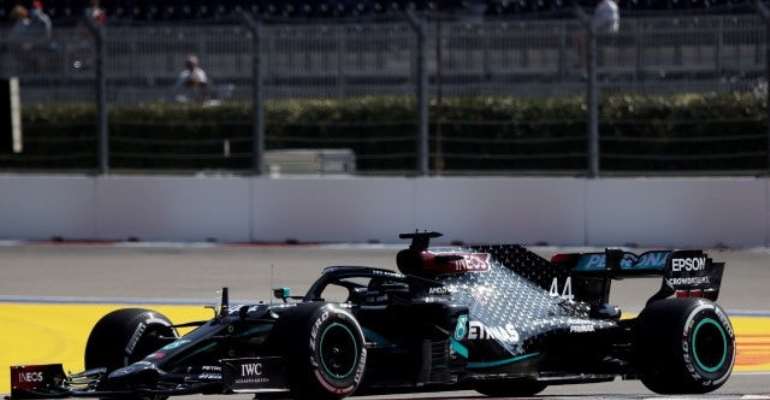 Viewers on DStv can look forward to the 15th round of the 2021 Formula 1 World Championship, the Russian Grand Prix, live from the Sochi Autodrom in Krasnodar on the afternoon of Sunday 26 September 2021.

SuperSport is definitely your #HomeOfSport and the ultimate destination for motorsport fans.

The previous round in Monza, Italy earlier this month saw Drivers’ Championship rivals Max Verstappen and Lewis Hamilton take each other out of the race – with the former slapped with a three-place grid penalty for his part in the incident, while McLaren-Mercedes claimed a stunning 1-2, with Daniel Ricciardo leading home teammate Lando Norris.

It was McLaren’s first F1 race win since 2012 and pushed them into third place on the Constructors’ Championship standings, as they overtook rivals Ferrari. The victory was especially sweet for Ricciardo, who had been overshadowed by Norris throughout the season after struggling to adapt to new surroundings at McLaren-Mercedes (the Australian joined the team from Renault at the end of 2020).

“It’s been the most challenging year I’ve had in a long time,” Ricciardo, now an eight-time Grand Prix winner, admitted. “But it’s also made me understand more about myself as a person, and as a competitor. How much it still means to me, how much I want it. The weekend was a bit of a product of that. Already on Friday night I had a chip on my shoulder. But this is crazy, to be the guy that gets the first win for the team in nine years is pretty special.”

Meanwhile, Hamilton will look to take full advantage of Verstappen’s penalty this coming weekend, with the Britain insisting that the stewards were right to hit his rival hard over an accident that could have had dire consequences, as the Red Bull ended up on top of the reigning champion’s Mercedes, with the tyre evening having contact with his helmet.

“I think I’m ultimately proud of the stewards,” Hamilton stated “It definitely sets a precedent and I think it’s important for us moving forwards for the safety of the drivers that there are strict rules set in place.

“I don’t think I’ve ever been hit on the head by a car before and it’s quite a shock for me because if you’ve seen the image, my head really is quite far forward. I’ve been racing a long, long time, so I’m so grateful I’m still here and I feel incredibly blessed. I feel like somebody was watching over me.”

Another one to watch is Hamilton’s Mercedes teammate Valtteri Bottas, who is a two-time winner at Sochi and enjoyed a strong showing at Monza, coming from the back of the grid to end in third place.

“A great recovery from me, I don’t think I’ve made up that many places in a race in my career. The battle with Perez was a good one and I am very happy with my result,” said the Finnish driver. “Probably one of my better weekends with Mercedes, I think I was strong all weekend so that is very satisfying. Now we need to look ahead and I hope to carry this momentum into Russia, a track where I’ve done well in the past.”

No rival can compete with SuperSport’s coverage. Our viewers on DStv can see all the action from the fastest sport in the world on their Channel of Champions.

Visit www.dstv.com to subscribe or upgrade, and join in on the excitement. And while you’re on the move, you can stream live action on the DStv App.