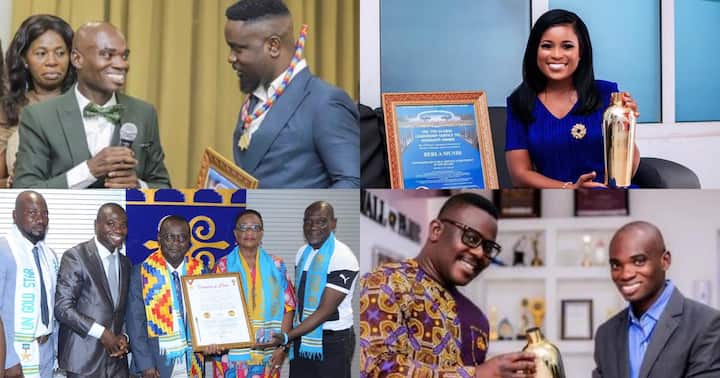 Despite the controversies that came with his Kofi Annan UN Award, Kwame Owusu Fordjour also known as Dr UN says he is coming back with another scheme on November 2.

Last year the likes of Sarkodie, Berla Mundi, D-Black, politicians, business men and chiefs received awards from Dr UN which many Ghanaians criticised it as ‘Fake’

Come November 2, Dr UN says he is coming out with another award which will supersede the previous one.

Talking about the new award, Dr UN who came with ‘newly wedded’ wife Joyce Dzidor said venue and every other thing is ready for the award come November 2.

“I do my things orderly and because I want to get everything right,  I have whatever  I need  for the awards and trust me this awards will be super” he said.

Touching on other matters, Dr UN said he was glad to have married Joyce Dzidor because the two understand each other.

“Joyce Dzidor is my soul mate because she understands me and I also understand her. I think we are meant for each other” he stated