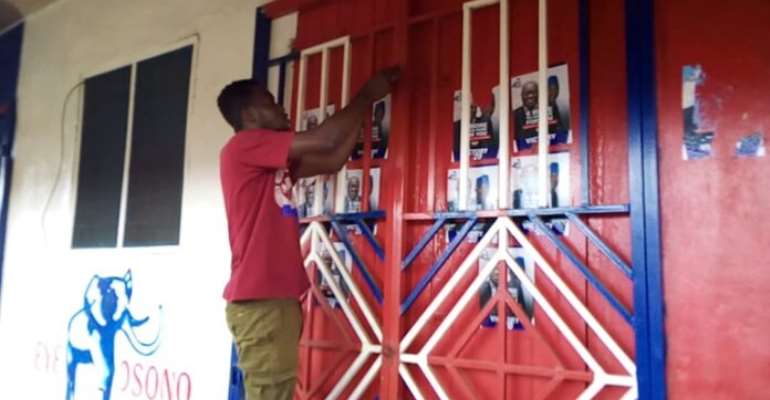 Agitated supporters of the New Patriotic Party (NPP) in the Abuakwa South Constituency have locked up the party’s office in the Eastern Region to oppose President Akufo-Addo’s decision to remove the Municipal Chief Executive for the Area Kojo Ofori Safo.

Not in favour of the nomination, the NPP supporters in the Abuakwa South Constituency have today hit the streets in red and black attires to protest and demand the nomination of Kojo Ofori Safo instead.

Locking up the party office at Akyem Apedwa, the aggrieved NPP supporters burnt flags and other paraphernalia of the party as well.

The supporters while chanting war songs said they will no longer support the NPP party. They bemoaned how all positions in Abuakwa South have been given to the people of Kyebi at the expense of people from the other communities.

Some of the angry supporters said they are demonstrating to tell the President that they are not happy with the nomination that he has made in Abuakwa South.

They disclosed that if the president stands by his nomination, they are also leaving the party and will not campaign or offer any support for the NPP in the 2024 general elections.