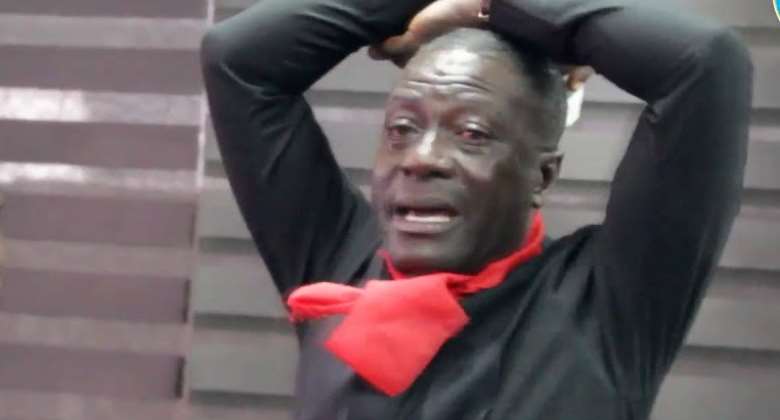 Blessed Godsbrain Smart popularly known as Captain Smart, the host of Onua TV/FM morning show in Accra has been picked up by the Nima Divisional Police Command today, Thursday, December 2, 2021.

He was arrested for unsavoury pronouncements that hinge on peace and security.

The Ghana Police Service in a statement signed by Deputy Superintendent of Police, SGD Juliana Obeng of the Public Affairs Unit confirmed that Captain Smart is presently in Police custody assisting the investigations.

The statement added that he has been cautioned on the offence of offensive conduct conducive to breaches of the peace as provided under section 207 of the Criminal Act, 1960 (Act 29).

On his morning show on Onua TV, Captain Smart is reportedly heard allegedly inciting the Ghana Armed Forces against Members of Parliament and also calling on them to stage an uprising, a statement that triggered the 1994 Rwanda genocide where about 1million people were killed.

The National Media Commission (NMC) has warned Accra-based Onua FM against broadcaster Captain Smart’s call for an insurrection in the country.

A letter signed by the Executive Secretary of the NMC, Mr George Sarpong, dated Thursday, 2 December 2021, and addressed to the company’s CEO, condemned Captain Smart’s comments as “unprofessional” and “inciteful” broadcasting.

“Part of your broadcast raises concern for the peace and security of the country in a manner that demands immediate regulatory action”, the statement which is reproduced in full below, said.

The Commission is asking the radio station to “take steps to bring your content unto a level of professional acceptability.”