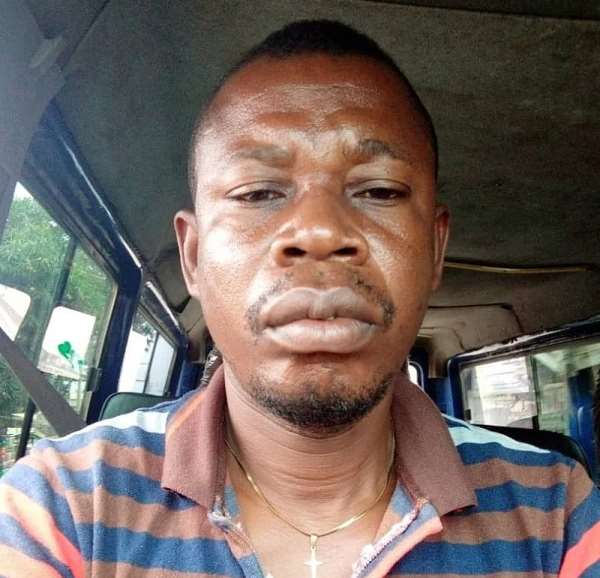 A 32-year-old trader Esi Arthur has been arrested by the Agona Swedru District Police Command for allegedly killing her husband, Francis Anthony, 44 years, at Gomoa Akropong for allegedly cheating on her with another woman.

The victim was hit by a wooden pallet multiple times on the head.

He was rushed to the hospital after collapsing but was pronounced dead upon arrival.

The father of the deceased, Mr. Ebenezer Anthony Nyansor, told journalist, the suspect initially fabricated multiple stories over the death.

He added that after she was threatened with a curse she confessed committing the act.

“After the news broke, the wife fabricated many stories about the death until when I threatened to consult the gods, that was when she confessed,” Mr Nyansor stated.

He further revealed that his in-law (suspect) consistently threatened to kill his son for birthing a child outside their marriage but considered it as a joke until the unfortunate happened.

A brother of the deceased is demanding justice for his brother.