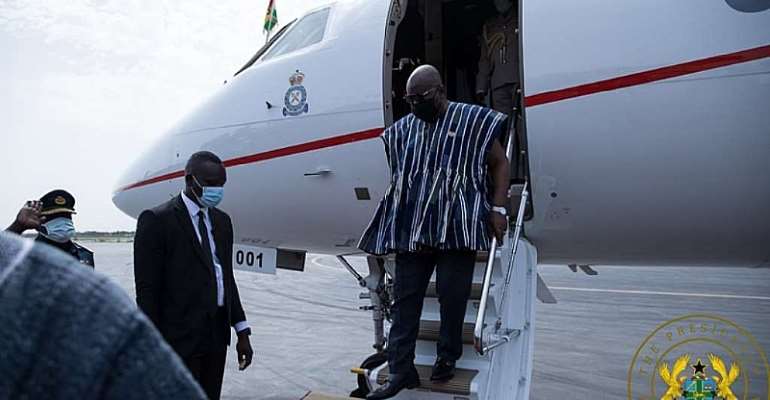 A governance expert Professor Agyeman-Duah has raised concerns over the timing of government’s decision to purchase a new presidential jet.

He said the current struggling economy does not warrant the purchase of a presidential jet.

“Currently, I’m not aware of any serious situation that warrants the acquisition of a new jet. I think the Presidency should be sensitive to the people and if I was to advise the Presidency, I’ll say this is not the time to acquire a new jet,” he told Francis Abban on Morning Starr Wednesday.

“I think that the timing is not appropriate especially when we have so many things facing us as a nation. I’m also asking why at this point in time, the Presidency wants to acquire a new jet,” he added.

According to him, it is concerning that government is thinking of a new presidential jet as the whole world is grappling with the financial impact of the COVID-19 Pandemic.

“The current jet is in good shape, there’s nothing wrong with it and just last week, the Liberian Prez used it twice. The current jet has a minimum lifespan of 20 years and we are nowhere near that. I‘m totally outraged. I’m livid, disappointed in President Akufo-Addo, and honestly, I’m at a point where it’s clear to me that the President is not committed to the needs of the people”.

The government has announced that it has started the process of procuring a new bigger presidential jet.

Communications Director at the Presidency, Eugene Arhin speaking to Journalists on Monday revealed that the Interior Minister has already commenced the process to acquire the new jet to save the country from costs.