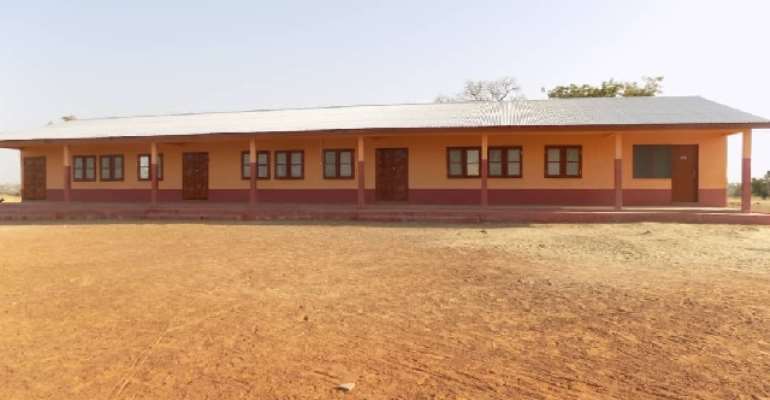 Teachers at the Ahenema Kokoben D/A 1 and 2 Cluster of schools in the Atwima Kwanwoma District of the Ashanti Region have threatened to boycott classes, as some residents of the area have turned the classrooms into a place of convenience.

The school’s classrooms were filled with human excreta when teachers and pupils reported to class on Tuesday, 9 November 2021.

This led to a disruption of teaching and learning, as the pupils and teachers had to clean the mess before classes could begin.

Some of the teachers indicated that they could not stand the continuous defecation in the school’s classrooms by the locals due to the stench that was always left behind.

The Chairman of the School’s Parent-Teacher Association (PTA), Mr Kwame Asafo Adjei, who spoke to Class91.3FM’s Ashanti regional correspondent, Elisha Adarkwah, enumerated some factors that may have led to some persons in the community turning the school’s classrooms into a place of convenience.

“The school has no fence wall, it could be a factor. Another factor could be the lack of a security man. Also, thirdly, I can’t tell if a pupil of the school has something against the school, or someone has offended him or because he’s in his year and thinks he’s about to finish school because truthfully this thing became rampant a month ago. They’re about to write their BECE. Perhaps, it’s his or her way of retaliating”, he surmised.

He said: “The children are just sitting down because no teacher is entering the classroom, the classroom stinks”.

“We plead with the government to take another look at the educational policies that are not favouring teachers and pupils because the PTA can’t hire a security guard”, he noted.

A pupil also complained: “The place stinks, we can’t even study”.

“We pulled all our tables out; some have even gone elsewhere. There’s no place to study. The teachers are not coming to class.”

Another pupil appealed to the government to come to their aid as “the entire community uses the toilet facility at the school, which is currently out of use, thus, they have turned the classrooms into places of convenience.”