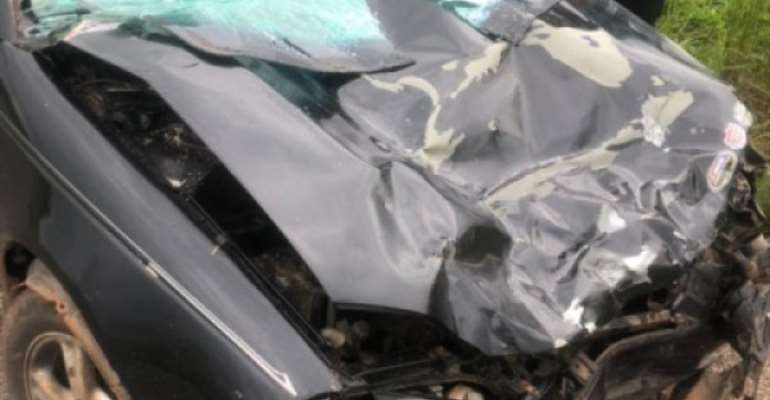 Courage Ahianyevi Agbeko, a 49-year-old man of Mafi Kpoviadzi in the Central Tongu District, died instantly after his motorbike he was riding, crashed into an incoming vehicle at Lawui Junction on the Akatsi- Wute road of the Volta region.

Mr Wisdom Akpablie, the assembly member for Wute electoral area, told the Ghana News Agency (GNA) that both the driver and other occupants of the vehicle were not found at the accident scene when he arrived with the police.

He narrated that the vehicle, after crashing with the motor rider, dragged the deceased for about 500 metres before finally landing him on the shoulder of the road.

Chief Superintendent Joseph Atsu Dzineku, the Akatsi South Municipal Police commander, has since confirmed the incident to the GNA, and said details would be given later.

He added, the body of the deceased was taken to the St. Paul’s Hospital morgue for preservation and autopsy.

The vehicle involved in the accident was yet to be towed to the police station for examination and testing.